Since their formation in 2011 as a 2 piece studio side project ANCST have been co-spearheading the new wave of hardcore punk-infused black metal in the European extreme metal / DIY underground.
While sporting both, a hardcore and metal socialization the self-proclaimed collective has perfectly combined fierce melodic black metal and brutal but yetmetallic hardcore crust with angry and critical social political lyrics.

With 2 albums and a huge amount of highly acclaimed EP’s and splits under their belt onlabels such as Lifeforce Records (Heaven Shall Burn, Trivium, Caliban) Vendetta Records (Ultha, Woe, Thou) Supreme Chaos Records (Unleashed, Grave, Napalm Death) and manyothers, ANCST have been praised by both the international music press as well as HC kidsand metalheads alike.

Besides delivering their unique metal trademark sound ANCST have been experimentingwith Noise, Drone and electronic music over the years and have built up a small butdevoted fanbase within the realms of the dark ambient community. After transforming into a full-grown live band in 2014 ANCST has appeared on festivalssuch as Summer Breeze, Fluff Fest, Bloodshed Fest or the New Noise Fest and has beentouring the European mainland as well as the UK relentlessly.

ANCST have fully embraced the DIY-ethic and has been doing things on their own from day one. 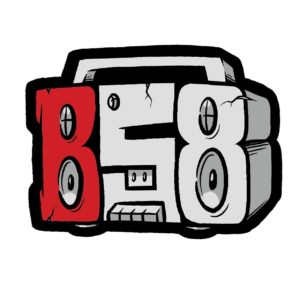